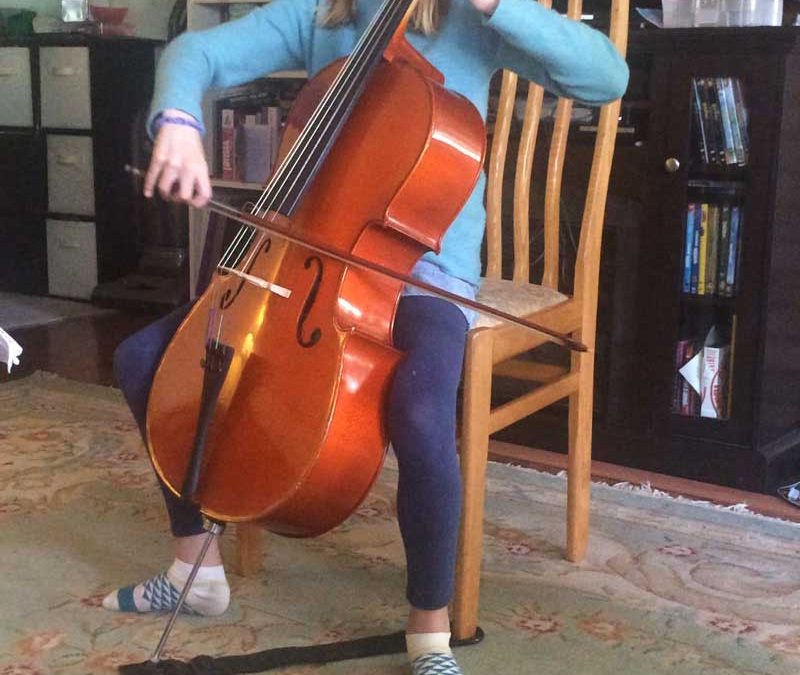 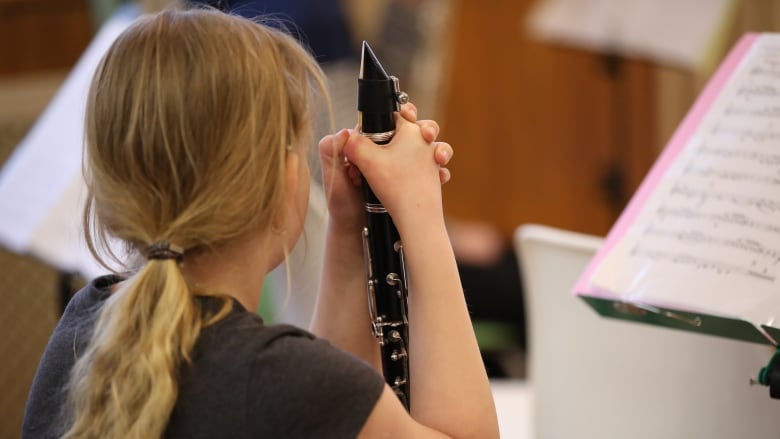 Parents and students in Greater Victoria wasted no time putting together petitions and protests against proposed cuts to music programs.

SD61, the Greater Victoria School District, is dealing with a $7-million deficit, and a draft budget for the district includes cuts to elementary and middle school music programs.

Students led a protest in front of Lansdowne Middle School Monday. Grace Bateman, a Grade 6 student who was part of the protest, said around 50 students showed up. Students held handmade signs and some of the string players put on an concert.

Bateman, who has learned cello and saxophone through her school, said the proposed cuts would eliminate most of students’ music options — like orchestra and strings classes. Only one band option would be left, which would only be for Grade 8 students.

“I think that music is important just because our music teachers are so dedicated and amazing and even just, it’s the highlight of our day. It’s a stress reliever,” Bateman said on CBC’s All Points West.

Jordan Watters, chair of the Board for SD61, said she was proud the students were taking a stance.

“We’re always listening. I’m getting a tidal wave of emails coming in. And we are in the middle of the process here. To be clear, no decisions have been made,” Watters said.

The district’s deficit, she said, is partly due to impacts on the international program revenues because of COVID-19 and partly because the district operated on structural deficits in the past.

Other proposed cuts to the budget include clerical staff to district principals, and shifts in funding around educational assistants and gifted educational programming.

“$7 million is a lot of money and its going to have far-reaching impacts across the system,” Watters said.

“As trustees, you know stewards of the education system, we have to be keeping students at the center of our decisions and trying to find the best way forward.”

Watters said the school board is interested in hearing from parents, students and educators about the budget — which will officially come forward on Tuesday night at a special budget meeting.

Normally, the budget process would be coming to an end in April, but it has been extended this year to May 30 to allow for feedback and discussion.

“We are really in the moment of listening and asking questions and really fully thoughtfully engaging with the potential impacts of the budget proposal,” she said.